I’ve decided to move my blog to wordpress.com, originally I started using Typepad because it was where my brother was working at the time. These days the service feels quite dated and it doesn’t have the kind of community of users that wordpress does. I’ve come to realize that the thought of using Typepad’s editor has discouraged me to write a post more than a few times.

On top of that I rather use a platform that openly supports free software. I have to say, as I write this post, I’m quite impressed at how advance the WordPress editor is, it feels like driving a new car.

So that’s that, I’ve migrated all my history here in case people want to read old posts in the new site.

Beware of promo-newa.com, they scammed my colleague and friend Richard. As someone with experience in importing from China I know how scary and risky it can be so I completely sympathize with them. Apparently they sent hacked 96Mb flash drives that reported to be 1Gb flash drives.

Let's make sure the internet is filled with references to this scam. Also, if you live in Shenzhen and/or can think of any of helping him that'd be really nice.

At the very least, make sure you share this post around in your preferred social media wall!

Yesterday I arrived to Cambridge to attend the DevX hackfest. Loads of good stuff going on, I am mostly focusing on trying to integrate the hundreds of ignored pull requests we're getting in Github's mirror with Bugzilla automatically. In the meantime loads of interesting discussions about sandboxing, Builder, docs and mallard balls being thrown all over the place and hitting my face (thanks Kat).

It is real nice to catch up with everyone, we went for dinner to a pretty good Korean place, I should thank Codethink for kindly sponsoring the dinner. Afterwards we went to The Eagle pub, apparently the place where DNA discovery was celebrated and discussed.

And this morning we are celebrating Christian Hergert making it to the 50K stretch goal just before the end of the crowdfunding campaign for GNOME Builder.

I would like to thank my employer, Red Hat, for sponsoring my trip here too.

And not the kingdom of Spain unfortunately (unfortunately because I miss it and because it's still a kingdom). In a few months (not sure about specific dates yet, probably in early 2015) I will be moving back to the United Kingdom, this time to the larger metropolis, London. Don't panic, I will still be with Red Hat, there won't be a lot of changes in that front. In the meantime I will settle back in Gran Canaria and will be flying back and forth on a monthly basis.

I must note that when I made the decision to move to Czech my plan was: "I do not have a plan", just enjoying it and trying to make the best of it without thinking in deadlines as to when to move back to Spain. Red Hat has been a very welcoming company in which I feel just like home and Brno has been a very welcoming city and this is definitively a part of Europe that is worth experiencing. I've met terrific people during this period both inside and outside Red Hat.

There was, however, a little problem.

Something altered the mid-term plans, a few months before I moved, when the decision was already made, I met someone very special with whom now I want to share my life with. After 16 months of  carrying a distant relationship it was due time to find a place where we could be together, after months of planning and considering options, London presented itself as the spot to make the move as she found a pretty good job there.

While I am going to miss sharing the office on a daily basis with awesome people, I am looking forward to this new chapter in my life. 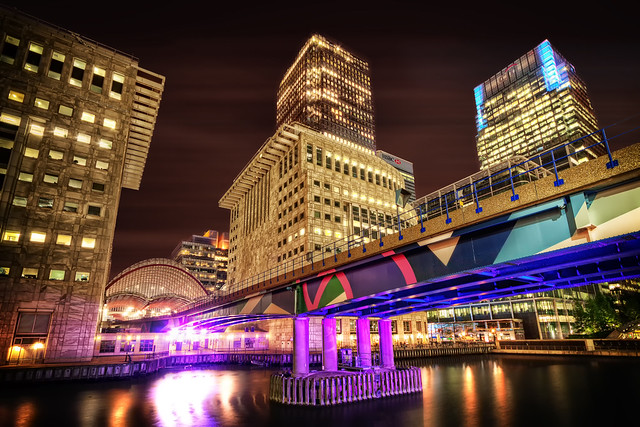 I want to note that I am deeply thankful to Christian Schaller for his tremendous amount of support during my stay in Brno and for working with me in figuring ways to balance my professional and personal life. I also wish him the best of luck with his new life in Westford, I'm certainly going to miss him.

Recently Philip decided it was time to call for some attention.I happen to agree with him on the need to focus on developer experience, that's why I organized the first hackfest on this topic last year and attended this year. There are plenty of conversations around this and Philip, if you care so much, maybe you could attend or help, there's a lot to do and so few hands.

I've been asked to remove your blog by several people and I've reached the conclusion that it would be a really bad idea because it would set the wrong precedence and it would shift the discussion to the wrong topic (censorship yadda yadda). Questioning OPW should be allowed. The problem with your post is that if not questioned by other people (as many have done already) it would send the wrong message to the public and prospect GSoC, OPW and general contributors. Your blog was the wrong place to question and your wording makes it clear that you have misunderstandings about how the community works.

You want to make things better? Why don't you start by learning how to work with others and contributing yourself? You think we need better leadership? Why don't you learn what it takes to become a leader? (hint: your blog post doesn't help)

Perhaps your lack of contact with the overall project and your abscence from most events makes you not realize how possitive OPW has been, OPW has been a lot more successful than GSoC in retaining contributors and bringing diversity to our contributor base (and I don't mean gender diversity, but diversity in the nature of those contributions). I happen to have a pretty good picture of this because I get to manage the blogs of the people who stay and the people who leave. Without OPW GNOME would be worse community wise and project wise and this is not an opinion, it is a _hard data_ backed fact (other posts have enumerated the contributions that would have not happened otherwise so I will not do that here).

There are plenty of questions that I think are healthy to ask: for how long do we do OPW? Is its success only due to it being targetted to women or is it successful for something else? You should have a conversation with Marina and other people involved with OPW and gather an understanding before making assumptions and throwing assertions. And you should respect what people chooses to do within the project, it's their goddamn time after all. In open source no one gets to dictate what nobody does (though alignment is always good if can be achieved), people work in what they think its important and they try to do it together.

I think you should also watch this video, it might give you some understanding on why GNOME is as responsible for equality as any other entity.

Two weeks ago I flew to Berlin for the 2nd GNOME Developer Experience hackfest.

The event was quite productive and allowed us to move things forward in different fronts. There has been many blog posts about most of the on goings so I'll stick to what I did.

I joined the discussions about the data model APIs with Ryan and Lars and tried (and failed) to include some new widgets in Glade (GtkStack). Turns out it's not as simple as I thought and that there was already a patch in the works for this so I gave that bullet up.

Later on I sat down with Tomeu to try to revive my former attempts to revamp the API reference documentation UI a bit. He managed to produce a set of JSON files I could use to produce the UI from. My intention is to create a web frontend that works mostly client-side and is off-line friendly (pre fetching all the content) for later use. This could potentially enable a DevHelp replacement through a Web (Epiphany) App.

I have some code working using jQuery, I would like to eventually switch to AngularJS as it has built-in templating support, currently I am generating quite a bit of HTML myself and that would eventually become a maintenance/styling nightmare.

Evolution just branched for 3.11 starting what would be the latest release under the 6 month cadence. As announced before, Evo is going for a 1 year release cycle that the team thinks is going to enable them to improve things dramatically moving forward.

This also means that there's some pressure to make Evolution 3.12 rock in terms of stability and basic features as this is a version that is going to be used for a whole year by users.

This is why we think this is the right time to join the team and help. If you have specific areas that you want to help with let us know.

We also have a couple of issues we think are an easy one to start if you are already familiar with Gtk+/GObject development in C.

We have a Canvas based widget that we would like to replace with either GtkCalendar or a fork of the GtkCalendar widget so that we get all the a11y niceties from a native Gtk+ widget. If you have experience developing Widgets in Gtk+ this should be an easy one, it is also a great opportunity to learn how to do widget development so if you haven't done so in the past, we can definitively help you if you want to take the chance to learn.

A sizable amount of icons are utterly outdated, a gentle artist touch would be greatly appreciated. Notice the Notes and Memos icons, the Attachment and the Appointment icons in the mail list, and also the still-not-symbolic looking glass and brush in the search entry:

There are a few GNOME Goals where Evo and/or EDS are lagging behind:

If you are interested in any of these suggestions or if you have other ideas or skills you would like to offer to the community and help making Evo 3.12 rock just join us at #evolution in GIMPNet's IRC or join the evolution-hackers mailing list.

Silicon Island
Create a free website or blog at WordPress.com.